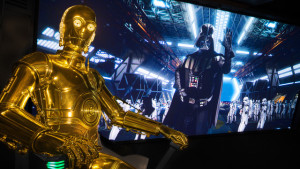 When Disney opened the Star Tours update in 2011 they included more of the cinematic universe than the original ride. With an expected Star Wars expansion coming to Hollywood Studios one has to ask, does the new version cover Star Wars too well? Star Tours – The Adventures Continue covers a battle on Hoth, pod races on Tatooine, the Wookie planet of Kashyyyk, a space battle and city chase at Coruscant , Naboo,  the Death Star construction and Boba Fett. If you think about the types of action sequences that have been in the official Star Wars media you will notice that there are basically four types:

The potential problem is that Star Tours covers most of these actions sequences. The only one that it doesn’t touch on is Light Saber duels and that is due to the fact that those are usually one-on-one affairs that would not involve a ship. I think this is why the rumors of a Speeder Bike on Endor ride have become so popular; it is one of the few remaining action sequences that was not already covered in Star Tours. As I mentioned in a previous post, the announcement of the Tron Bike coaster for Disney Shanghai got people thinking that it might not be too difficult to change that to Speeder Bikes. Imagineering should not be scared to revisit some of the Star Tours locations though.  It might feel repetitive to have an attraction based at one of these locations but it would not be unexpected for a full ride to do so. Further adventures on Tatooine, Hoth or Coruscant would be great attractions. We must also consider that  the cinematic universe is expanding and we don’t know what possibilities the future movies will open up. Disney, knowing it’s construction and production schedules, could be planning a ride based on a movie scene that will come out during the construction of the Star Wars expansion. 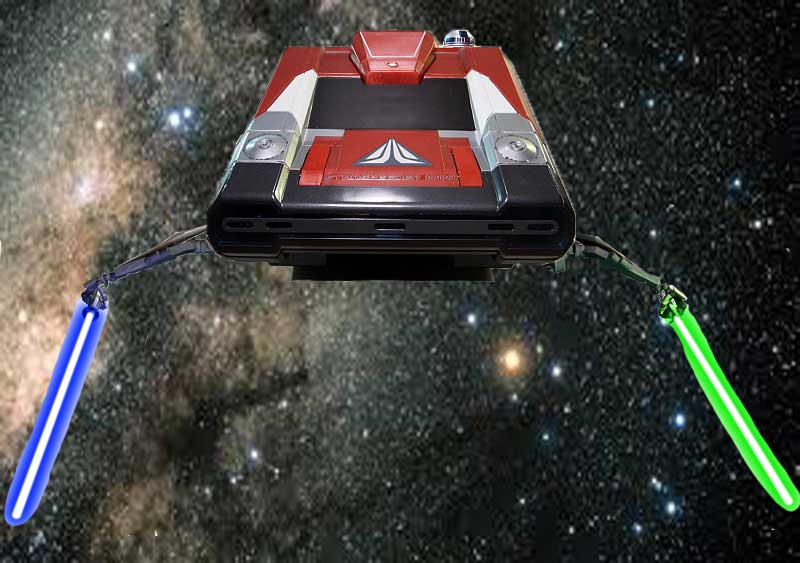 While writing other articles I came to the realization that Star Wars is a strange fit for the Disney image. The conflict comes right in the name, Wars. With the exception of Mulan,  the World War II promotions, and historical mentions (Civil War, Davy Crockett), war has not been something that fits into the Disney brand. Despite Star Wars being stories that focus on battles, the one ride they currently have does not. Looking at Star Tours (notice that Wars is taken out), you are bystanders trapped in the war of others; only defending yourselves not being aggressive. Currently Hollywood Studios is not very attached to the idealized world of Disney. Its original concept was to show the real world of making movies and that themeing was keeping much of the perfection of princesses away. Yet if the park rebrands and introduces a heavy influence of the idealized worlds of Pixar there might be a jarring transition to the troubled worlds of Star Wars.