The idea of adding new countries to the World Showcase at Epcot is a constant topic on Disney fan sites. When Epcot opened, Disney planned to add three additional countries, Spain, Israel, and Equatorial Africa, to the World Showcase. However, these were never built.  In the 80’s, Morocco and Norway were added to the World Showcase. Currently, there are four or five available spaces in the World Showcase as one space is large enough that it could possibly hold two countries.  There used to be more spaces but the Frozen meet and greet and the Millennium Village took over two plots  which in the future could become something else. 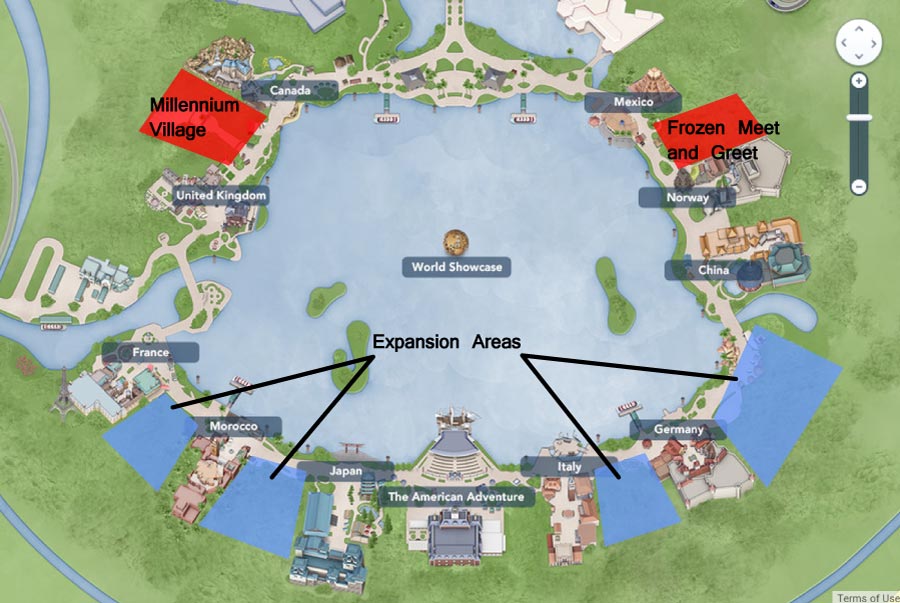 During D23 there was some talk about the next iteration of Epcot and discussions about the topic picked up once more. While we do not know if any new countries will be added, here are my thoughts regarding some strong candidates that would be welcome additions to the World Showcase.

The first thing that the World Showcase needs is a more global representation. There are currently 11 countries represented in the World Showcase. Of these, five are European and three are from North America. Any additional countries should be chosen from outside Europe. I know that Disney likes to have some support from countries in the operation of the pavilions but with the recent Norway changes we may be seeing that Disney is moving away from this practice. I personally believe that  Disney should attempt to, at a minimum, represent one country from each continent. Here are some thought I have concerning the remaining continents:

In the future when I layout my concepts for a renewed Epcot I will share some more detailed ideas for these pavilions.