Before I start talking about my thoughts on changes coming to Disney Hollywood Studios let us first take a look at the current park. Using Google Earth I took a capture of the park and tried to figure out what was staying and what was going. I quickly categorized and labeled my predictions for the buildings.  I say building not attractions because I think some buildings will stay but just be gutted and something else put inside. 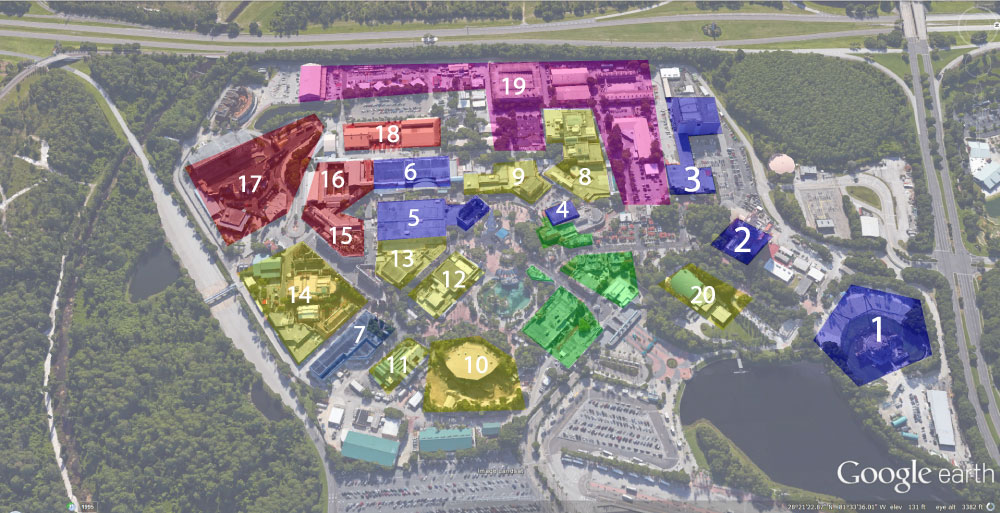 So that’s what I think about what is at the park currently.  In my next post I will address what spaces I think will become what and explain my thoughts on a phased building plan.